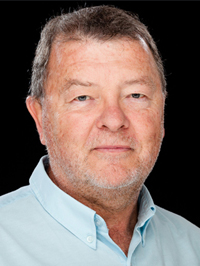 Andy is a professor in the Department of Civil, Environmental and Mining Engineering at The University of Western Australia in Perth.
He has a bachelor’s and master’s degree from the University of the Witwatersrand in South Africa, and a PhD from the Imperial College, University of London. He has worked at the University of Queensland and the University of the Witwatersrand. He has been a visiting professor at the University of Alberta, the Catholic University of Valparaiso in Chile and the University of Colorado in Boulder. His research is in the field of mitigating the impact of mining and municipal solid waste disposal. Outcomes from his research have been incorporated in changes to environmental legislation in South Africa. He contributed to a series of guidelines for managing mine tailings in Australia, as well as developing a document for the International Atomic Energy Association on barrier systems for retaining uranium mining waste.
Andy has been involved in many industry-focussed projects with current projects including An evaluation of tailings storage facilities monitoring technologies managed by AMIRA and funded by eight mining companies; Future Tails aimed at training, research and education to improve tailings management funded by BHP and Rio Tinto; and Evaluating potential static liquefaction of tailings to prevent failures, funded by six mining companies as well as the Australian Research Council. Andy is also currently a member of five international tailings review boards. 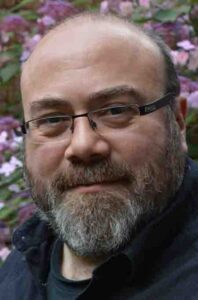 Mark is a soil ecologist with over 25 years’ experience in a range of fields related to plants-soil interactions, mycorrhizas, decomposition and microbially mediated processes in soil. His research portfolio includes soil carbon, metals in the soil-plant system, phosphorus cycling, bioremediation, metallophytes and mine site rehabilitation. Mark is the co Editor-in-Chief of the international journal Soil Research and an associate editor for the Australian Journal of Botany and Restoration Ecology and has published a book entitled Mining in Ecologically Sensitive Landscapes.

Laila is a geotechnical and tailings engineer with 17 years’ experience in the fields of civil engineering, geotechnical engineering, engineering geology and tailings management. She currently leads Rio Tinto’s closure major hazards team in Australia focusing on Rio Tinto’s closed and legacy assets with the role of understanding and reducing risk related to tailings storage facilities, water storage facilities, engineered slopes and natural slopes. Laila is currently leading the implementation of the Global Industry Standard for Tailings Management across all of Rio Tinto’s closed and legacy assets. Laila is passionate about encouraging women into the tailings and mine closure sector and is proactive in attracting and retaining women in resources.

Deborah Sandy is a descendant of the Yuggara or Yugarapul language group of the Chépara (coast) people. The word ‘Yuggara’ means ‘no’ and identifies the Yugarapul language. Brisbane’s original name was ‘Migunjin’ where ‘Meegun’ means ‘the shape of a spike’ and refers to the ‘V’ shape of this bend in the Brisbane River.

Deborah Sandy is the daughter of Uncle Desmond Sandy and the late Annabel Culham, so she is a traditional descendant of headmen and women of this Greater Brisbane region and the Albert River.  She is passionate about both her father and her mother’s country. Deborah continues on this journey for recognition and justice for her people and hopes in future for proper assistance and support. 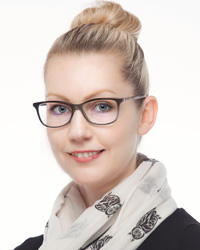